ADDING VALUE TO YOUR CALF CROP WITH CREEP FEED 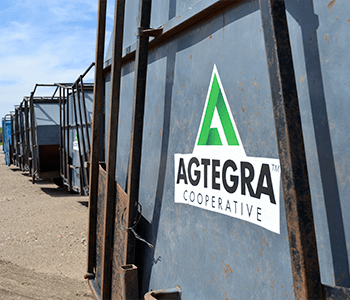 With a seemingly endless winter in the rearview mirror leading to an equally wet spring and summer season, weather conditions have been a constant impediment for farmers and ranchers throughout the Midwest. From spring blizzards to continued moisture into the summer months, many ranchers have seen numerous challenges in their calf crops this year. Calves have been stressed due to the mud and cold much later than normal, causing devastating death loss in many herds. And unlike health or disease concerns, there is no cure-all vaccine or antibiotic to prevent these calves from succumbing to Mother Nature’s schemes.

Spring calving season is now behind us, marking the optimal time to focus on how to generate the greatest profit potential from the calves that survived the stressful weather. With abundant rain and the delay of putting cows out to pasture, the quantity of grass available should prove plentiful in many areas. However, with moisture-rich summer pastures, it can prove difficult to establish efficient gain or nutrient quality for calves.

“Even when the grass is belly-deep or deeper, it doesn’t always have the best nutrient quality for the calves,” explains Roxanne Knock, PhD Staff Nutritionist for Dakotaland Feeds. “Creep feeding helps ensure you have the weight you expect from your calves at the end of the season.”

Although it seems like calving season just concluded, it remains important to keep weaning in mind when managing calves. Creep feeding can help eliminate the stress of transitioning to feed in addition to increasing weight gain early. The creep feed made by Dakotaland Feeds is Purina® Rangeland® fiber-based creep feed, which supplies digestible fiber and additional protein to keep calves gaining and essential nutrients that sustain a healthy immune system. This fiber-based formula differs from grain-based creep, especially in terms of balance of protein to energy. Free-choice grain can often put on more flesh in comparison to a moderate protein, fiber-based diet. Grain-based creeps also do not offer the calcium and proper vitamins and minerals essential to calves.

Studies have proven that creep feed pays. In a 2014 creep feed demonstration study, Knock notes the differences between creep-fed and no creep in weight gain, feed to gain conversion, and dollars of return.

“Over 73 days of creep feeding, steer calves supplied with creep feed consumed an average of 5.41 pounds per day and gained an additional 87 pounds compared to their non-creep fed counterparts. Applying some projected future prices, even with a price slide for weights, creep feeding has the potential to return more than $60 per head after paying for the creep feed,” Knock says.

An important factor in utilizing creep includes proper feeder management. Here are some tips to make efficient use of a creep feeding system.

There are still advantages to creep feeding even in years of ample grass. Calves that gain early through creep feed are able to maintain that weight advantage through finishing, enabling them to achieve marketing weight in fewer days, demonstrating an advantage to producers. Contact your Agtegra location or local Dakotaland Feeds consultant for information on how this could fit your operation.

Footnote:
Purina® and Rangeland® are registered trademarks of Land O’Lakes.